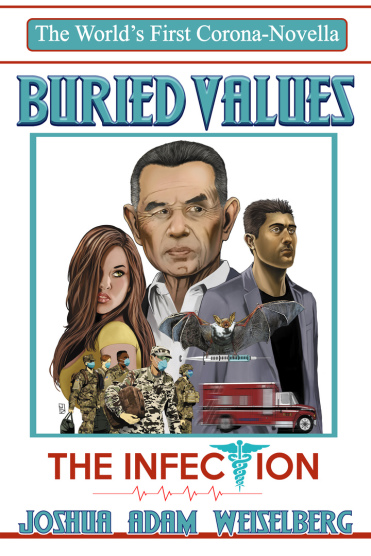 This is a survival story. But it’s not about people only trying to survive a virus.

A haunted father searching for his son, missing since a hurricane, is also the leader of the Chinese Triad.

A young, single mom protects her pre-school-age child – and her base of power with the Chicago Mob.

And an adventurous, and risk-taking businessman sets-up a rival of his Mexican drug cartel.

While a champion for justice, navigates 2020, as a lone Knight in search of hope, as a pandemic surges.

Only, like everyone else, they now worry how their lives – and the entire world – may never be the same, after COVID-19.But what is included in the complete list of all the changes that have happened since the release of the infection? Are they not just a little too convenient, for a few too many priorities of different groups or governments, world-wide? Is there an organization, a plot behind all of this? Was the coronavirus released on purpose?

A lot of angles around how this historic disruption to lives, businesses, governments, and dreams around the world that hurt most of us, and benefitted some – have got to be considered.

The powerful authority of Mr. Li, the resolute determination of Naomi Starr, and the ardent idealism of Andre Knight return in another adventure with Buried Values, while introducing the cunning Erik Valencia as they all tangle with the Russian SVR, Beijing’s State Security, competing Mexican and Black gangster outfits, and the secret world of the Chinese Tongs. Journey with them on a wild trek that breaks out of the lockdowns from the West Coast to the Heartland, to South America and then the Caribbean. Get caught in the protests, the riots, and the deployment of federal troops by an embattled President Trump, while he weighs taking desperate measures against the political threat represented by Nancy Pelosi and Joe Biden. Re-live the watershed moments of a terrible time in American history, and in the same instance, Vladimir Putin and Xi Jinping vie to take over real power in the international world, via the actual power, granted by the earth’s fossil fuels. Trillion dollar deals for black liquid gold leave even the narcotics empires in an underclass. Why did what happen to Italy, Iran, and North Korea? What is it about Ukraine?

Discover a new way to look at The Infection. This is not about a respiratory virus.

So take a deep breath, jump down the rabbit hole, and get The Infection!