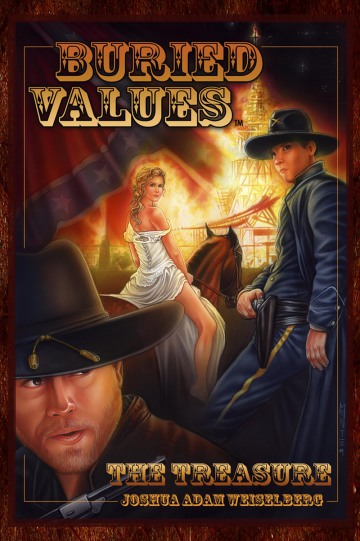 Available on Amazon.com Now!
You want it to be paper(back) or lead?
Search in every NOOK and under any APPLE here. 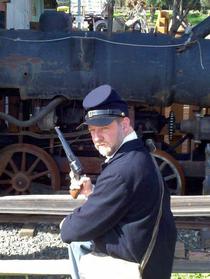 Buried Values: The Treasure brings history to life during the American Civil War. It follows a twisted love triangle that inspires outlaw Union cavalry commanders to battle each other for the love of a lusty young Southern Belle while leading heavily-armed bandits on a bloody rampage across the war-torn country in pursuit of a fortune in Secessionist bounty.

And when things get cut-throat, virtually everyone winds up fighting only for themselves.

Abigail Hutchinson’s driving ambition has always been to escape her drunk-preacher-father and his plans for the marriage of his first-born daughter to their family plantation’s hardened and cruel slave master.

She is sure she’s found her savior in the form of Christopher Pratt, a battered survivor of a Secessionist attak, now on the run behind enemy lines. Always one step ahead is rogue Union soldier Daniel Winthrop, who plans to make treacherous use of Pratt with a hungry eye on Abigail and her family’s collective church community’s combined wealth. But the virtuous Pratt’s leadership motivates the formation of his own posse with justified cause and he relentlessly pursues Winthrop. However, when the stakes reach their highest, Pratt will have to make a decision: will he fight for his country, revenge for his men, or for the love of his woman?

As he learns the choice he makes can never serve more than one of these ends, Pratt will have had enough. Fed up with being forced into these kinds of decisions, one right upon the other, all will learn exactly what it takes to turn a good man bad.

Told in a shocking fast action-adventure narrative, Buried Values: The Treasure digs hard into our true human nature and its regards to sex, love, religion, politics, patriotism, and honor, as well as one’s loyalty to family and commitment to military service.